top of page
This site was designed with the
.com
website builder. Create your website today.Start Now

BY PATRICIA A. MILLER Staff Writer

The visions began when Boni Bates turned five. The first grader had gone to get something out of her bedroom closet. When she looked up, she saw the ghostly faces of an elderly man and woman staring down at her. Then she did what most little girls her age would do.

COURTESY OF GHOST HUNTERS SOCIETY Members of the Garden State Ghost Hunters Society pose outside the Eastern State Penitentiary in Philadelphia before they prepare to investigate the 178-year-old prison. They will be featured on the Travel Channel’s “Mysterious Journeys” on Oct. 26 at 9 p.m. and on Halloween night.“I took off,” she said, with a smile.

Boni Bates was raised a strict Catholic in her childhood home in Little Ferry. She couldn’t talk to her mother about what she saw. So she turned to her Aunt Dutch, who was familiar with the paranormal.

“When I talked to her, she calmed me down,” Bates, now 53, recalled. “She told me I wasn’t nuts. She said ‘You have a gift and you will one day be able to help people.'”

But Boni wanted no part of visions, even though she continued to see them now and then.

“I didn’t want anything to do with them,” she said. “I really didn’t believe in the paranormal.”

Then her beloved mother died at 56, when Bates was in her early 20s. She was sleeping one day when she felt a gentle shove on her shoulder, just like her mother used to give her to wake her up for school. When she looked up, the room was empty.

At first, she brushed the experience off. Then she decided to give her deceased mother a test. Bates had a mini-cuckoo clock she bought when she lived in Germany. The clock hadn’t ticked in ten years.

“I said, ‘If that’s you, make this thing work,'” she recalled. “It started working on a Saturday. I just about fell off the bed. That was my first true experience with knowing there was something much more than this life.”

“Everyone has a sixth sense,” she said. “You just have to know how to use it.”

“I wanted to prove what I see,” Bates said. “I want to prove there is life after death. Everyone has a fear of dying and where they are going to go.”

The group will make its national television debut at 9 p.m. on Oct. 26, on the Travel Channel show “Mysterious Journeys.” The Ghost Hunters Society was invited to investigate the abandoned Eastern State Penitentiary in Philadelphia.

Spirits are persons who have crossed over to another life and can come back to visit. Ghosts are stuck in between two worlds, she said.

Both are all around us, Bates said.

Her husband Tom’s brother Ty died suddenly of a brain hemorrhage, the same day the Bates moved into their E Street home in Brick seven years ago. The family took it hard.

Bates was sitting on the couch that night, with her six-year-old daughter Katrina in her arms. She caught something out of the corner of her eye. She saw a hand reach out to touch her daughter’s head, then a shadowy form walking away.

“She said, ‘Who was that? Did you touch my head?'” Bates recalled. “They say the young ones can see and hear them better than adults. They are just pure in thought.”

This year has been a tough one for Bates.

She was diagnosed with breast cancer in March. She had surgery, followed by chemotherapy and radiation treatments. She was hospitalized in June for a bad reaction to an antibiotic. Her doctors wanted her to stay an additional day, but Bates insisted on being released early.

She didn’t tell them the real reason – filming for “Mysterious Journeys” was slated for that week.

“I said, ‘I have to catch a flight to Florida,” she said. “I didn’t tell them I was a paranormal researcher and had things to do.”

Group members visit sites believed to be haunted and will also investigate private homes at the request of owners. They do historical research on a site before they visit, so they have some idea of what they are walking into, Bates said.

They spent two nights, seven hours each night, inside the 178-year-old prison, taping and recording.

“I thought it was a great experience,” Reid said. “It was our first time being filmed for television. Yes, I think it’s haunted. The place is very overwhelming, that’s for sure. There’s a lot of negative energy there. You could just feel it.”

Being asked to participate in “Mysterious Journeys” was gratifying, Reid said.

“We are really happy we are getting noticed,” he said. “We’ve done a lot of hard work. It’s a lot of hours. Thank God my wife is behind me 100 percent. It takes up a lot of your weekends and weeknights.”

“We want people to know and let them judge our information,” Reid said. “We are open to skeptics. Our pictures are taken right off our cameras. We don’t do Photoshop. If I can’t find the ultimate proof in my lifetime, I want to build a stable bridge for the next generation to come.”

“I love skeptics,” Bates said. “They keep me on my toes. I love to take them with me every now and then. “I’m not here to convince somebody. I’m just here to show the facts and let people judge for themselves.”

The more exposure the group can get, the better, Reid said.

“A lot of people are nay-sayers,” he said. “We get a few people that may think we are a little bonkers, but we are not. We have a good time doing it. People often run when they hear something. We go towards it.”

Group members pay for all of the equipment they use in investigations, including electromagnetic field detectors, digital voice recorders, digital cameras, cameras that can record in total darkness, motion sensors and thermal scanners.

“She’s a very strong woman,” he said. “I’m proud of her. She was sick, getting treatments and she still hung in there.”

Her husband Tom is a skeptic, but often accompanies her on investigations, Bates said.

“He supports me, he believes in me,” she said. “He’s found some interesting things, but he won’t admit it.”

For more information on the Garden State Ghost Hunters Society, visit their Web site at www.gardenstateghosthunters.com.

Check back soon
Once posts are published, you’ll see them here. 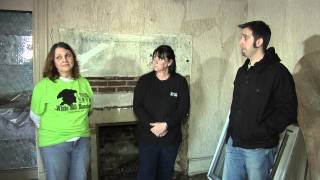 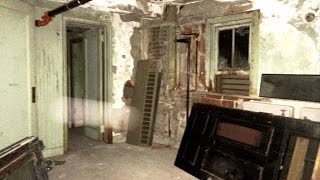 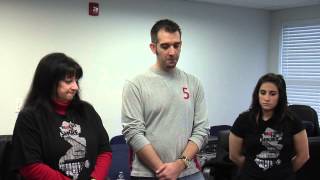